Hearing My Own Voice 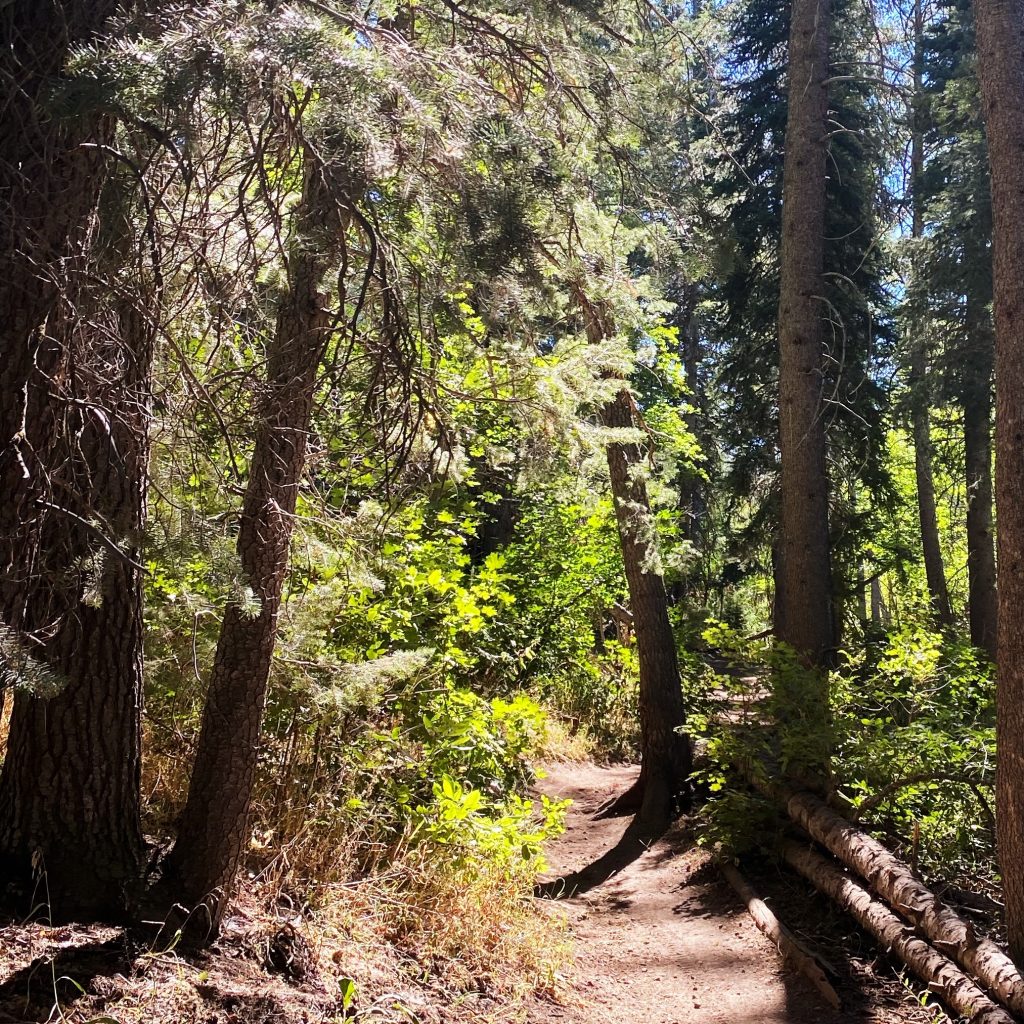 My late afternoon in the back-country recently was relatively routine, epiphany and all.

Leaving my home in the front-country home that day, I passed a commotion of yard workers everywhere fawning over shrubs and petunias. Others mowed and edged the greenest front lawns as though they would always be this way. There was little to prove otherwise—the day was hot and would be long.

While the noise and commotion faded as I drove fifteen minutes up the canyon and around Cascade (the 10,000-foot peak that sits between my home and the back-country), my mind mulled topics from work to family to pandemic and beyond.

At the trailhead, I jumped from my car and quickly traded the recently painted lines of the parking lot for dirt.

At first, I didn’t notice much. Still preoccupied with daily matters, I was a half mile in before I realized that the back-country was already moving on to the next season. Except for spruces and firs, the greens of summer were fading—some newly replaced by tinges of orange and red. The grasses had long-since faded to yellow, then tan.

Despite the shifting seasons, it seemed that everything around me was stretching life to its fullest.

I began to crave a similar fullness.

To that end, I breathed in deeply. Everything smelled like dust. The dry cheat grass that had brushed my elbows a year ago now barely reached to my knees but smelled dry and seedy. Each step blew up a puff of thick dust—expected at this time of year and the only visible reminder of fellow wanders over the course of the summer.

My heart rate elevated along with my climb. I began to see more clearly.

Fern leaves as wide as table napkins bent toward the ground with summery growth.

Dragonflies shimmered by dozens in a clearing ahead.

A mountain blue jay darted through the undergrowth looking for whatever blue jays look for.

A section of old-growth forest.

A few miles in, I came across the tail feather of a wild turkey. A sign of a scurry moments or hours before? Somehow, its striated deep brown tipped by near-white made me aware that I my thoughts were focusing. I could hear my internal voice as clearly as though I was speaking aloud. Random thoughts that had floated wildly at first had now coalesced. My own internal voice—something a friend called my “internal advisor”—was now coaching me in the friendliest way. The mental clutter I had collected over days was gone.

I knew there was something special happening.

I looked up, left, right, and even down.

Divinity was everywhere and infusing everything, including me.

I smiled at the feeling, a wonderful blend of love, majesty, beauty, and futurity.

And in that moment of absolute and total presence, it was though I could hear the universe itself—something more heavenly than merely my own best thinking began to settle over me. Ancient melodies adapted to modern moments began touching me like the first drops of rain from a late summer shower.

I bathed in that feeling for another thirty minutes before finding my way to the old road that turned me back toward the trailhead. My reverie was interrupted as a garden snake sunning lazily there on the road slithered away to escape my attention.

Near the parking lot, I felt a freshness from over, under, around, and through—dots were connected, and thoughts important at first were now less relevant and, in some cases, impossible to remember.

It was easy to be grateful for the clarity I now felt.

Head-empty and revived by the time spent, I returned home.